Richarlison scored twice as Brazil breezed past Ghana with a comfortable 3-0 victory in a friendly in France on Friday. Brazil’s first-half performance gave fans plenty of reason to be excited by a young team heading into the World Cup when they will bid for a record-extending sixth title. They dominated Ghana from the start with an aggressive pressing game featuring attacking players Vinicius Jr., Raphinha, Richarlison and Neymar, who delivered two assists. Marquinhos opened the scoring after nine minutes with a bullet header from a corner by Raphinha. 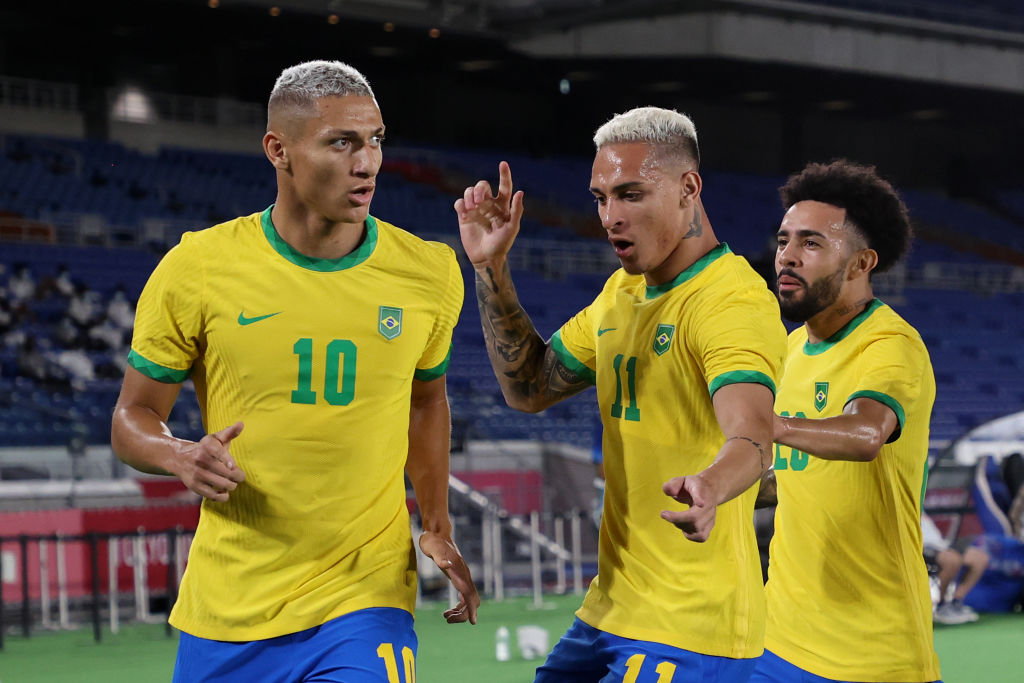 Two-time winners of the FIFA World Cup, La Albiceleste have not won football’s biggest prize since 1986. Richarlison extended the lead 19 minutes later with a pin-point first-time strike from the edge of the area into the bottom left corner. The Tottenham Hotspur forward added the third five minutes before halftime with a clever header from a free kick by Neymar. With victory assured and heavy rain falling in Normandy, the five-times world champions eased off in the second half as manager Tite sent on several substitutes.

Antony almost scored the fourth in the 75th minute from a cross from Lucas Paqueta after a fine combination between the West Ham midfielder and Neymar. The PSG forward played the whole 90 minutes as an attacking midfielder. Neymar almost scored a brilliant goal in the 80th minute after sprinting past three defenders but sent his shot just wide and he lashed a stunning long-range strike past the post. Brazil play Tunisia in Paris on Tuesday, their last game before their World Cup Group G opener against Serbia on November 24.

Brazil have continued to be tipped to be the biggest favorites to win the FIFA World Cup later this year and with a performance like the one against Ghana, they might well do it.