Chelsea legend Pat Nevin has admitted that the impressive partnership Alvaro Morata has formed alongside compatriot Cesc Fabregas in the early part of his Premier League career. 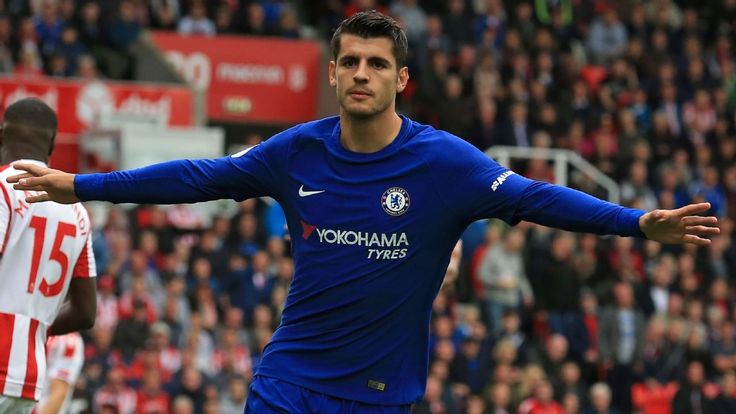 The Spain international joined the west London giants from Real Madrid earlier last month, and he has since made an immediate impact with two goals and two assists in his opening three league outings.

Morata has several of his fellow countrymen present at Stamford Bridge, but he has struck up an impressive bonding with Fabregas in particular if last weekend’s match is anything to go by. Writing in the Blues’ official website, Nevin was particularly impressed by their coordination on the field after Morata setup Fabregas’ opener against Everton in a role reversal of what many fans would have predicted.

He wrote: “From the moment Morata arrived I have been waiting for the understanding between Alvaro and Cesc to grow. It was maybe a slight surprise however when the assist for the first goal came from the former and the finish from the latter, but it doesn’t matter either way. This is something I can confidently predict we will see much more of as the season progresses. Antonio Conte will know the importance of these sorts of links as it has been a feature of Italian football for many decades.”

Chelsea have been very impressive since their surprise defeat at the hands of Burnley in the Premier League opener. They registered a hard-fought 2-1 win over Tottenham Hotspur at the Wembley Stadium which was followed by a dominating 2-0 triumph over Ronald Koeman’s Everton last weekend.

As the players head into the international break, Conte’s focus remains in the transfer market as he looks to increase the club’s homegrown quota prior to Thursday’s transfer deadline. Leicester City’s Danny Drinkwater and Everton’s Ross Barkley are likely candidates to join the club whilst Arsenal ace Alex Oxlade-Chamberlain appears to have knocked back the Blues’ advances.

Jose Mourinho ever Ready to Reply to Critics
CLARK: IT FEELS LIKE A POSITIVE VIBE